Pioneering British band Ozric Tentacles have announced a special reissue of their classic cassette album collection ‘Vitamin Enhanced’ will be released on 9th April via Kscope. A six CD edition complete with a carefully curated book, each album has been lovingly remastered by the Ozrics long-time leader, Ed Wynne at his Blue Bubble studios in Scotland, the first time in their long history he has been able to personally mix and master the tracks. A mainstay of the UK festival scene since the early 80’s, Ozric Tentacles weave psychedelic audio-tapestries that captured the far reaching musical diversity of the free festival scene, blending acid rock with dub, reggae, ethnic world music and electronic, jazzy experimentation. This was the soundtrack to the herb fragranced, alternative lifestyle that wound its way around country lanes looking for a place to set up and party, away from the psychoses of corporate life. 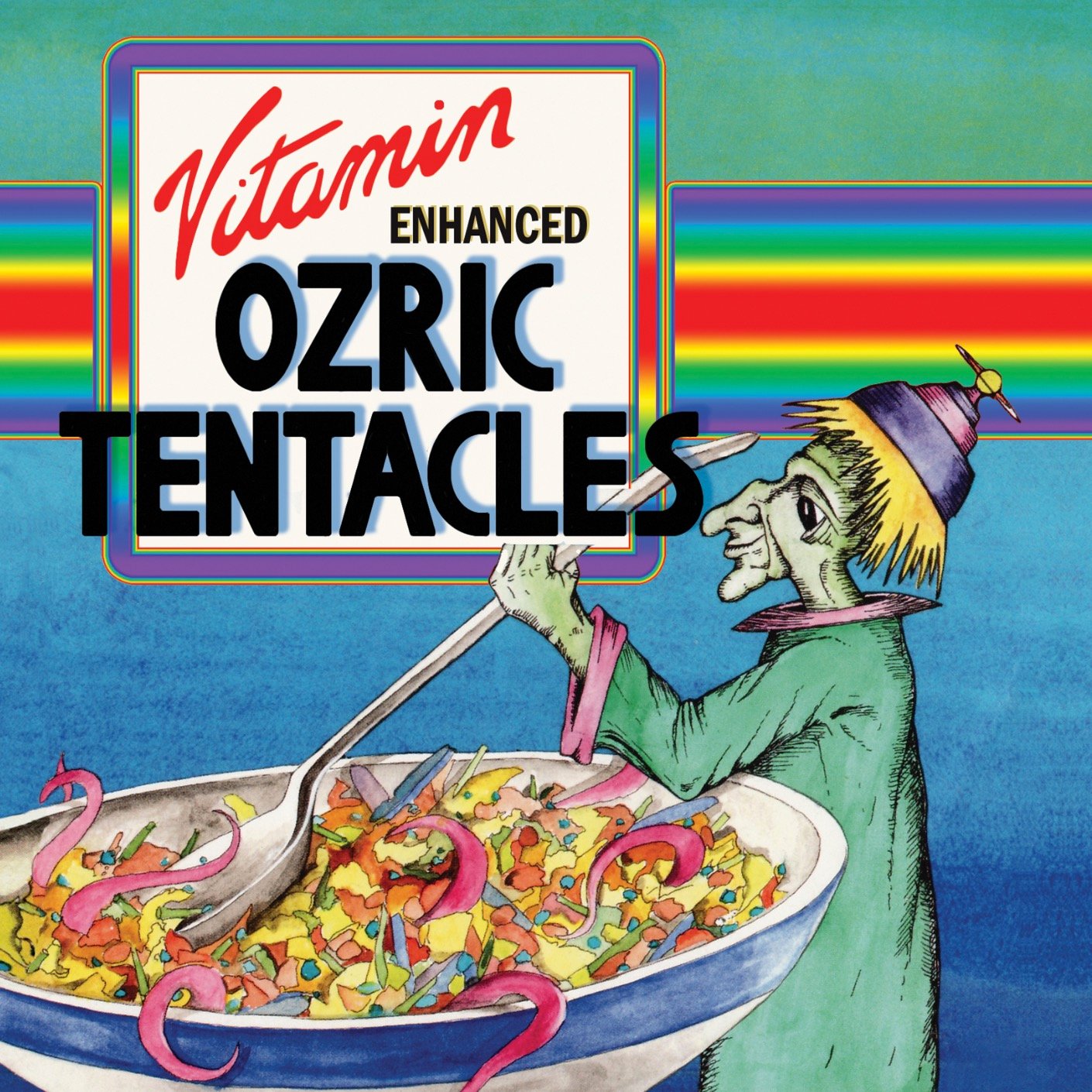 A raggle-taggle, unpretentious assortment of punk-infused, dreadlocked hippies, the band was formed at the Stonehenge Festival in 1983. Ed and Roly Wynne, Nick Van Gelder (Tig) and Gavin Griffiths (at that point known as the Bolshem People) were joined for a jam by Joie ‘Ozroonuiculator’ Hinton – a synth wizard who had just returned from India loaded with ethnic sound recordings that he had collected.

At some point, having attracted an audience, someone asked what the name of the new ensemble was, and Ed responded ‘Ozric Tentacles’ mainly because he couldn’t think of anything else. The name stuck and a mainstay of the UK festival scene for the next 30 years was born. Without any desire or need for a record label, it was the Ozric Tentacles’ cassette releases that funded and supported their journey through the ‘80s. These simple artefacts with photo copied inserts and rainbow, spray painted labels were sold in vast quantities at festivals, on the merchandise table at Club Dog and through a mail order outlet called Better Days Tape distribution.

So treasured were the bands six cassette albums that in ‘94, just after the Ozrics hit the big time, the albums were remastered and packaged together in a six CD box set called Vitamin Enhanced which was sold in a limited edition of 5000 copies on the band’s Dovetail Records label.

More than 30 years after that initial jam, the band are still going strong despite many line-up changes and the everchanging vagaries of the music industry and Vitamin Enhanced is to be reissued, bringing confusion to breakfast buyers once more. All six of the albums have been carefully remastered, ensuring that they have never sounded better.