When it came time to record the third Ozrics album, the band opted to work at Temple Music Studio in South London. Owned by John Heisman (Colosseum drummer), the studio was easily accessible from Rushmere and located amongst rows of unassuming suburban red brick houses. On arriving, the band were given the keys, shown where the kitchen was and told, “Right, you know how everything works, see you in a few days.”

There was considerable pressure to complete the album quickly, having only three weeks of studio time booked. Thinking back to the Strangeitude sessions for this essay, Wynne laughed, “Wow that was a ridiculously short amount of time. I spend two weeks on hi-hats now.” 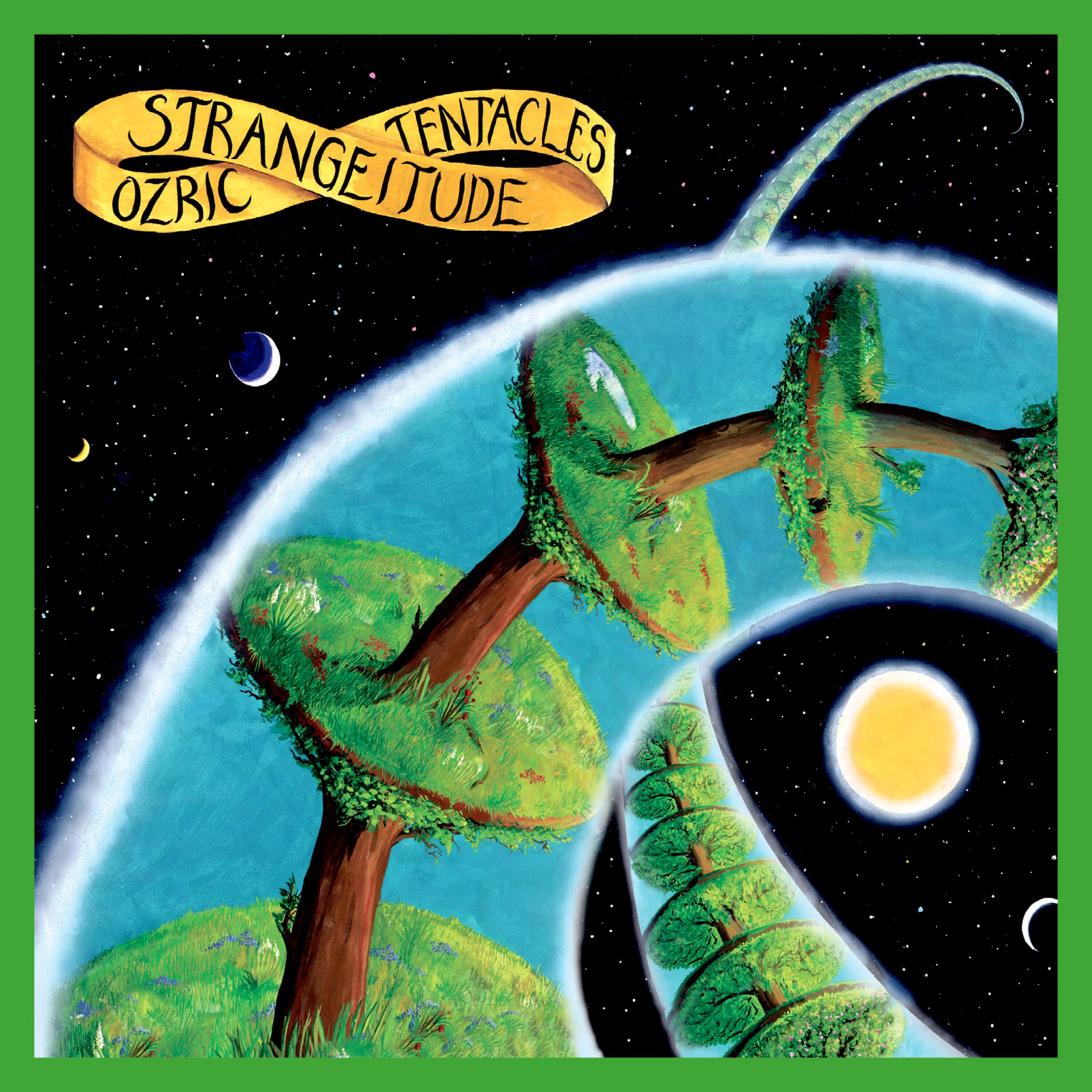 The Strangeitude sessions were, not least because of the time constraints imposed on them, a period of intense musical and creative activity. Fuelled by a “mole hill” sized pile of dope and other assorted psychedelic ingredients, the album unfolded on schedule with John Canham engineering it. One morning during the first week at the studio, Egan arrived to discover that the intercom connecting the studio with the outside world had broken and that the weirdness within was being projected out into the ears of passers-by!

“...still the Ozrics album I return to most frequently. Such effortlessly rich and complex music, bursting with radiance and intoxicating riffs, mapping out exotic and alien vistas.” - Kavus Torabi, Gong, Knifeworld

“It’s the one I listen to most, those albums, Pungent Effulgent, Erpland, Strangeitude and Jurassic Shift were always the high points for me, but it was the way that Strangeitude intersected with dance music culture that really impressed me.” - Steven Wilson, Porcupine Tree